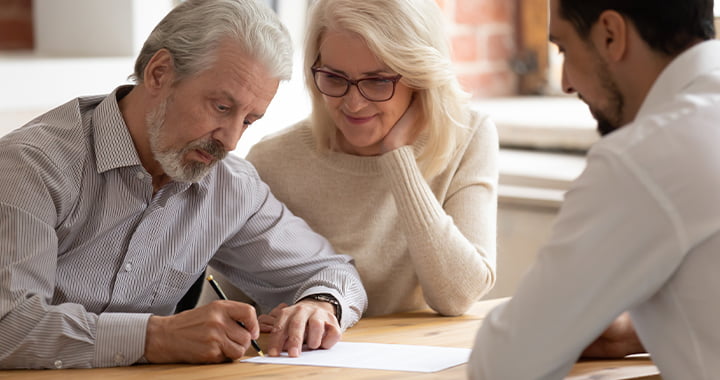 A significant number of over-50s have changed their inheritance plans to support loved ones through the coronavirus pandemic, according to the latest research.

The data indicates that over a third (37 per cent) of parents and grandparents would rather see their heirs benefit from their wealth now, rather than after they’re gone.

A further two in 10 said the pandemic has “caused them to adopt a more flexible approach to inheritance plans”. For instance, four per cent said they would be considering gifting a portion of their inheritance now, instead of leaving it in their Will.

Around seven per cent of respondents, meanwhile, had already made gifts out of their estate equal to around 15 per cent of their wealth.

The latest figures indicate that 54 per cent of adults in the UK do not have a Will, meaning that many risk their inheritance not being distributed in the way they would like, and not planning effectively to take advantage of the Inheritance Tax reliefs available.

While gifting can be a tax-efficient approach to inheritance planning, there are potential pitfalls to avoid. Here’s what you need to know:

An individual can give away £3,000 worth of gifts each tax year (6 April to 5 April) without them being added to the value of their estate. This is known as the ‘annual exemption’ and can be carried forward to the next year, but only for one year.

There is no Inheritance Tax to pay on gifts between spouses or civil partners.

If there’s Inheritance Tax to pay, it’s charged at 40 per cent on gifts given in the three years before you die. Gifts made three to seven years before your death are taxed on a sliding scale known as ‘taper relief’.

Nobody knows that the future holds, which is why it’s important to put plans in place.

Our expert team can advise you on a wide range of life and mortgage protection policies to provide a safety net for you and your family, and we offer independent, unbiased advice.

For a free, no obligation meeting, get in touch with our expert team at HWIFM today.